Babi Yar - a symbol of the great tribulation and the memory of the Jewish people, the place of the worst tragedies of the twentieth century took place in Ukraine during its occupation by the Nazis. The suggested draft concept of the memorial complex “Babi Yar” offers image of the tallit “thrown over” and covering the space where the tragic events of 1941 took place. Tallit (tallith in Yiddish) is prayer garment which is one of the most meaningful symbols of Jewish people and its moral stamina in the face of any trials. Sorrow is the emotional dominant of the complex, but the architectural motives should cause the feeling of continuing life: memory and sorrow serve for the Catastrophe not to happen again.

Sketchbook drawings The horizontally oriented reinforced concrete frame reminds the folds of white linen with black stripes. The frame becomes a kind of the cover delimiting the memorial space from natural setting.

Drawings The tears and divergent sides of the tallit open the access ways to the memorial, where the spot of Babi Yar itself appears in the space between such divergent “folds” (During the project development the maps with topographical survey of the locality in the period of the World War II were used).

Exteriors views In whole the frame, due to a scale, specific form, active and laconic colour layout (white & black) should cause a powerful emotional impulse increasing by symbolic meanings (white is one of the tokens of mourning in Jewish tradition, black is a token of mourning in most modern cultures). Within the boundaries of the memorial space the approaches to the locations of museum character will be equipped with emotional and symbolic elements forming the unity of spatial, environmental, subject-relative, sculptural, text and architectural forms. The basic motives of the equipment are stones – the token of memory in Jewish tradition – and water (in this context combining the signs of grief with the token of eternal life). In the direction of motion the narrow water space is arranged between flat stones – the image of the “brook” once flowing on the bottom of the ravine.

Interiors views The solar glass wall of the memorial hall of the museum opens a landscape panorama. The territory of the former Jewish cemetery adjoining to this wall from the outside is made up as a composition of stylized fragments of Jewish gravestones.

Groundbreaking ceremony at Babi Yar In 2011, the 70th anniversary of the tragic events in Babi Yar. For more than half a century, there has been talk about how to memorialize the victims of Babi Yar - the place where the fascist occupation forces shot massively civilians and prisoners of war. In September 1941, 33 771 people - adults and children, women and elderly people were killed in two days - just for the fact that they were Jews. Over the years of Nazi occupation of the shot more than 100 000 people. 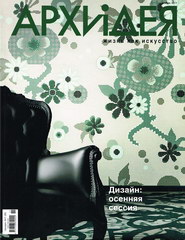 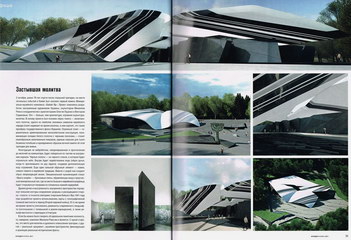